Skip to main content
Home » News/Views » What is the working class?

What is the working class? 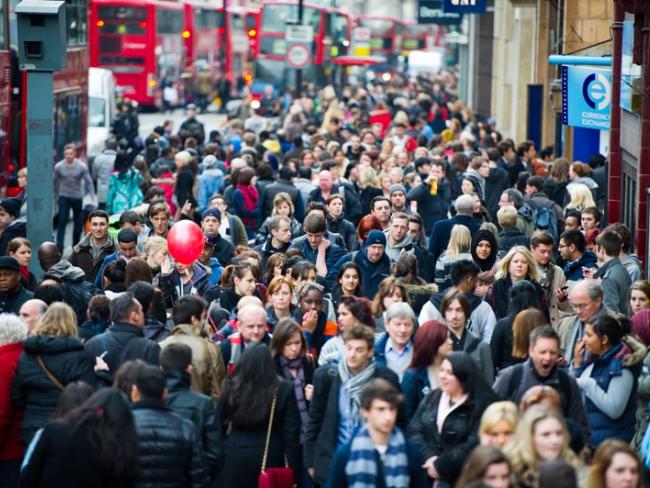 Back in the nineteenth century Karl Marx wrote that society was dividing into two great hostile classes: the workers, and those who live from exploiting the labour of others. It’s a perfect description of Britain today…

The working class is changing, but does that mean that the fundamentals of class have changed? Why the need to discuss class now? Some see the term working class as harking back to the 19th century – what’s it got to do with Britain in the 21st century?

Because society and politics are all about class. There are just two classes in Britain, those who have to work to get a living and those who do not need to work for a living because they live off the work of others.

The relationship to the means of production is the key. Here, now, they are privately owned, though production always has to be social. Capitalists have command of labour. Capitalism, not socialism, is a command economy.

The vast majority of us in this country are working class. Only a tiny minority is not working class, able to live from the exploitation of the labour power of others.

In the Communist Manifesto (1847-8), Marx described this particular class structure. “The bourgeoisie (the capitalist class, which owns the means of production) has stripped of its halo every occupation hitherto honoured and looked up to with reverent awe. It has converted the physician, the lawyer, the priest, the poet, the man of science, into its paid wage-labourers.”

Are any particular jobs really middle class? Which ones?

What about barristers? These seemingly most middle-class workers have been taking forms of industrial action fairly frequently over the past few years, on behalf both of themselves – they do after all need to live and feed, clothe and house themselves and their families, as well as protect the interests of their clients, who are often not at all well-off workers.

And as Workers has reported (see p5), criminal barristers voted overwhelmingly for industrial action in protest at the lack of funding for legal aid.

If you mainly live by working, you are a worker. That’s it. Talk of A, B, C1, C2, D and E voters is just useful (perhaps) for pollsters, although they seem to get predictions wrong most of the time, or to work out sociological categories to judge access to services such as health, or to target advertising. It doesn’t describe reality.

Some people work in production, some work in distribution, some in services. All these jobs are real work. There is no point in producing goods if they are not then distributed and used, no production is possible without the services needed to maintain the workforce.

Marx himself never used the divisive phrase “labour aristocracy”. Engels (in his 1887 preface to Condition of the Working Class in England), wrongly wrote that the engineers and others “succeeded in enforcing for themselves a relatively comfortable position”. “Enforcing” implies that they succeeded against opposition from the employers. “Relatively comfortable” means comfortable only as compared to the wretched condition of the other members of the working class.

In Imperialism, the Highest Stage of Capitalism (see page 22), Lenin wrote in the section on The Export of Capital, “As long as capitalism remains what it is, surplus capital will be utilised not for the purpose of raising the living standards of the masses in a given country, for this would mean a decline in profits for the capitalists, but for the purpose of increasing profits by exporting capital abroad to the backward countries.” So employers would never voluntarily “raise the living standards” of part, or of all, of the working class. Workers have to do that for themselves, in struggle.

The few winners from globalisation have never compensated the vast majority who have lost from it. The vast, ever-growing inequality between the 0.1 per cent and the 99.9 per cent shows that wealth does not trickle down – it surges up.

Nobody can become a billionaire without exploiting the labour power of many other people. When there are billionaires in a country, that country is based on exploitation. So, in the USA and in Britain, as in China and Russia, there is exploitation, there is capitalism. Each of these countries is essentially run by an oligarchy – “a small group of people having control of a country or organisation” – with the same economic essence, in different forms.

Some claim there is a “New Cold War” between so-called democracies and authoritarian states. In reality, there is no sharp ideological conflict between the rival oligarchies. The new confrontation is actually all too traditional: great powers maximising self-interest and coming into conflict over spheres of interest which can generate profits and new opportunities for exploitation.

If you ask, “Is a little girl in India sewing footballs and being paid 50p a day exploited?” people say, “Yes!” As indeed she is. But if you ask “Is an IT worker earning £60,000 exploited?” many might say “No.” But the IT workers are actually more exploited (oppression is a different concept) because they create greater wealth and they do not get back in wages anywhere near the value of what they produce.

The more highly industrialised a country is, the more productive is its labour power, and the greater is the value that its working class produces.

We reject the entire approach of Thatcherism, with her ultra-capitalist, free market mantra ‘there is no such thing as society.’ A Thatcher policy adviser said, “of course, there is no such thing as a collective interest, only a coincidence of individual interests.” But our working class – the great majority of the people - has essential interests in common – the daily struggle to live a decent life and look forward to a decent future – interests which capitalists cannot and will not provide.

Any attempt to divide our working class, whether by setting interest groups against each other by emphasising what we don’t have in common – black versus white, women versus men, young against old – by promoting our differences instead of looking for our shared interests, weakens us in our essential class struggle against the opposing capitalist class.

We are also one working class, in Scotland, Wales and England. Anyone who pursues or supports divisive or separatist policies fights on the side of the capitalists.

So why does it matter that we ask about the nature of the working class? Because only a working class can define its needs, say what the country must plan and fight for, define what a decent Britain can and must be. We had better be quick to assert this, our essential class nature. Because the capitalist class will fight it with all its might.

• This article is based on the introduction given at a CPBML public meeting held at Conway Hall in March 2022.