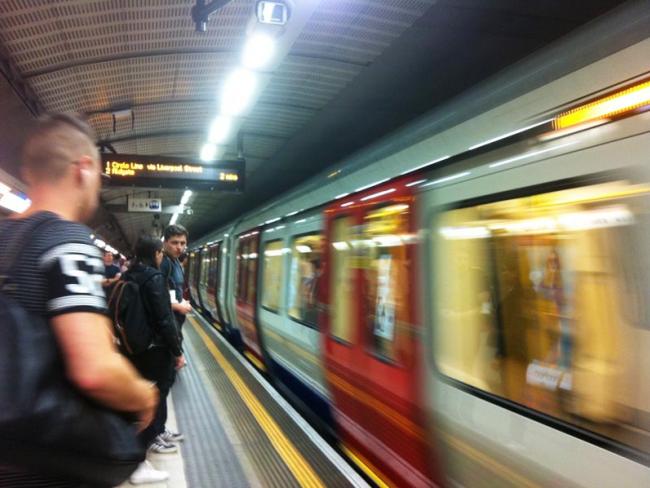 Tube journeys have soared by 23 per cent over the past six years. Photo Workers.

General Secretary Mick Cash said: “The fighting stance taken by RMT members since the jobs cull on our tube stations was first announced has reversed nearly 60% of those savage cuts. That is a tremendous victory and a reflection of the resilience and determination of our reps and the membership right across London Underground.”

The dispute was over the safety implications of axing nearly 900 staff and closing ticket offices as part of the fantastically misnamed “Fit for the Future” project. Even Tube management had conceded that the job cuts, imposed by the previous Mayor, Boris Johnson, had had a devastating impact on passenger safety.

Negotiations at ACAS, the Advisory, Arbitration and Conciliation Service earlier today (Friday) led to management saying that they will re- hire up to 533 staff and re-open control rooms. Grade 2 customer service assistants will also be guaranteed promotion into safety-critical grades.

The cuts had left station control rooms –the “eyes and ears” of the network – unstaffed. This led to a serious threat to passengers at a time of heightened safety and security alerts. Last year’s incidents at Canning Town and North Greenwich exposed just how serious those threats can be.

Those safety warnings were reinforced by daily reports of intolerable overcrowding and pressures on stations and services right across all routes. If you are not a regular user of the tube network you may not be aware that the number of journeys has risen by 23 per cent in the past six years.

The trade unions representing staff have been direct with the public. Their message has been that with the constant overcrowding on stations and platforms, it would only be a matter of time before a major tragedy.

Tube workers noticed that management were relying on staff working overtime on rest days to meet basic safety requirements. Realising that this was no solution, they imposed an overtime ban.

That overtime ban, by 3,000 station staff, led to over 80 station closures at various times in just over a month, showing conclusively that more posts are needed. And because station lifts are taken out of action when there are no station staff, this had led to a growing number of disabled passengers being trapped on the network.

Outrageously London Underground wasted money to cover gaps in the properly trained workforce with hastily briefed managers paid three times the normal rate of station staff. While mangers get these huge payments the starting pay rate for station staff has been cut by 25 per cent.

There are also plans to employ staff who do not have the same training level as current staff. As the unions point out, it would be these “uncertificated” staff who would need to manage situations like emergency evacuations of stations.

If the government, London Mayor and Transport for London get their way, London Underground will be the only system of its kind to operate without a government subsidy. Both New York Subway and Paris Metro receive significant government support.

The unions on London Underground argue that the tube needs to be financed as a public service. But they also point out that savings can be made to improve efficiency. RMT, for example, has offered to review spending with tube managers. It has suggested a salary cap of £100,000 for senior TfL and tube management – who currently earn up to £600,000.

RMT has also consistently called for all engineering and cleaning to be brought back in-house. This would save millions that have been lost to the profits of the private sector. Tube management has declined to take up any of these ideas.

The media has highlighted the inconvenience caused by the strikes. The unions, meanwhile, highlighted the threat to life.  If you use the tube, you need to respect those entrusted with keeping you safe.

“"We will now continue to work on implementation of the new staffing arrangements  at the local level and as always RMT remains eternally vigilant,” said Cash.