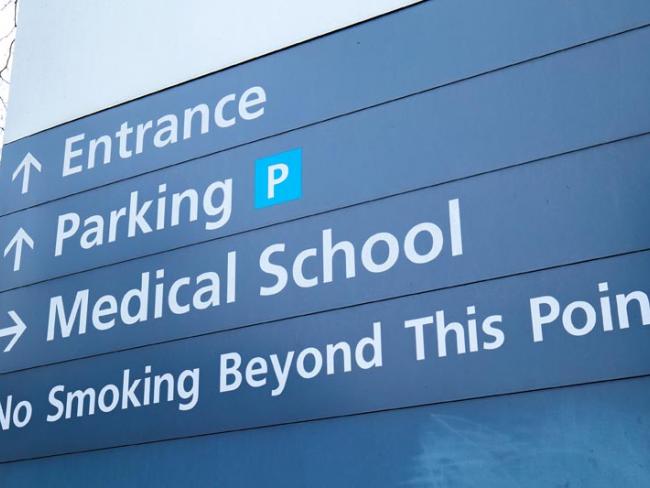 Medical schools saw an astonishing 21 per cent surge in applications to train to be a doctor for entry in 2021, and the jump in numbers getting top A Level grades means that even more young people will have the qualifications they need to start training.

The steep rise in applications is thought to result from the pandemic publicity for the admirable job done by health workers (there was an even bigger jump for nursing). Given the huge shortage of doctors, you might have expected the numbers to have been greeted with relief from government, but not at all.

In fact, as a Telegraph article of 9 August points out, a record proportion of the applicants who have just received their exam results and successfully qualified to go to medical school will find themselves without a place. Why? Medicine is fiercely competitive but, says the article, far more high-quality applicants could train – and should be able to do so.

The writer, consultant surgeon J Meirion Thomas, points out that the 28,690 applicants faced competition for around just 9,000 places – and that’s with the cap on places raised since last year (but not by much).

What’s the reason for this waste of talent? As Thomas says, it’s just too expensive to train doctors in Britain, and so much cheaper to import them already trained from abroad.

This attitude is not new. Doctors have come from abroad to work in the NHS since it was founded. But Britain now – since 2018 – imports more doctors than it trains. In 2019 60 per cent of new doctors were trained overseas, most at the cost of countries that can ill afford to lose them.

With no shame at the betrayal of our aspiring students, the government said it planned to increase the percentage from abroad before the pandemic struck. This approach looks like being resumed for the 2021 intake and beyond – even though the Department of Health has a list of 145 countries which Britain should not recruit from.

In 2019 the General Medical Council (GMC) registered 10,966 overseas doctors, 8,505 of them from poorer countries outside Europe. Yet the GMC is signed up to the WHO code of practice which states “member states should discourage active recruitment of health professionals from developing countries facing critical shortages of health workers”.

In fact a 2019 GMC workforce survey reported the dramatic increase in foreign-trained doctors joining the UK workforce – which doubled each year between 2017 and 2019 – as a positive trend, saying that we need to “maximise the flow of new non-UK doctors”.

In 2018 health secretary Jeremy Hunt announced the creation of five new medical schools, to provide 1,500 new doctors starting in 2023. He also pledged for Britain to be self-sufficient in doctors from 2025.

The target is laudable but is already impossible to fulfil given the present restriction on places in medical schools. The schools will be full to bursting. And already they are asking qualifying applicants to defer their place for a year – trying to put off this year’s crisis by simply adding to a dire situation in 2022.

Thomas calls for an immediate doubling of medical school places for this year. His many critics point out the obstacles to such a plan, including the shortage of capacity of hospital placements and supervision, as well as funding. But, he says, the situation is an emergency which can’t wait for solutions to be kicked down the road, and the waste of UK talent is wholly unethical. If we don’t seize the chance now how else is the situation to improve?

The shock onset of Covid-19 brought rapid measures in health provision and organisation which would have been inconceivable beforehand. In an emergency it’s time to take the same approach to dealing with doctor shortage – not by poaching from abroad but by training talented young people here.

Nursing shortages: move on from the blame game
Diet and obesity – an issue for the working class
Protocol denies life-saving drug to Northern Ireland
Nurses need action, not outrage from the sidelines
Applications flood in for medical schools